We have entered the Christmas season and as has always been the case during this time every year, we keep hearing arguments about whether it is biblical or not to celebrate the birth of the Saviour of the world. Some even trace its origins to conclude that it is a pagan celebration not worthy of a Christian.

Today I share with you an insight from Rev. Fr. John Takyi on Christmas to clear some misconceptions about the celebrations, with little additions. It is worth reading.

I don’t know what your source of information is concerning Christmas , but there are too many serious flaws to let it stand as it is:

2.The word “Mass” as used by Christians does not come from Greek as in “gathering of people” but it is archaic English which comes from the Latin,  MITTERE,  MISSUM, out of which we get the word “mission” meaning ‘SENT’ ! So what we say in English as Catholic Mass is called MISSA CATHOLICA in Latin.

3. It is the letter X rather which has Greek root and it always goes with P to represent the first two Greek letters in the name Χριστός (Christos) whose English equivalent is Christ. when spelt in Greek (chai-χ and roe-ρ). Please check from a Greek scholar to verify.
The early Christians used XP, fish, cross, alpha omega, and many other shortened symbols to represent Christ in an environment of hostility and persecution.

Since Abraham was born in UR (“moon city”) he was a moon worshipper and believed that human destiny was in stars. So God took him outside to count the stars in the sky, before telling him  “I  will make your descendants as numerous as the stars in the sky.”

At Pharaoh’s palace courts,  Moses was commanded to put his staff down and it TURNED INTO SNAKE (a pagan practice.) After Moses’ SNAKE SWALLOWED the pagan snakes,  and after ‘RA’, the sun-god turned into darkness in the tenth plague,  Pharaoh let Israel go.

Finally,  when Jesus was born, the “wise men”  from the east were magi or astrologers who practiced divination by reading people’s DESTINY IN STARS. God turn the lies of astral divination through the TRUTH of the STAR of Bethlehem (a pagan practice).

The God of the Bible Himself established the PATTERN of meeting the pagan on his own turf and subverting his lies by the TRUTH of God.  Why?  Because it is only among the pagans that the truth of God  is best revealed just as it is only in the darkness that the brightness of light is best exuded. After all,  what sound mind will light a torchlight at noon!!!

I totally agree with Fr. John in this exposé and add as I’ve always done that, God has always confounded and overwhelmed human beings in his graciousness at various times in history. We do not need to know exact dates and times in order to believe. And yet, there is no dispute about the birth of Christ.
Let us not be confused when some people try to confuse us. Let us rather use the period to reflect on the love of God that brought about the birth of Christ and what we have gained through this.

Have a grace filled season. God bless you.

(You may whatsapp your questions and contributions for further clarifications) 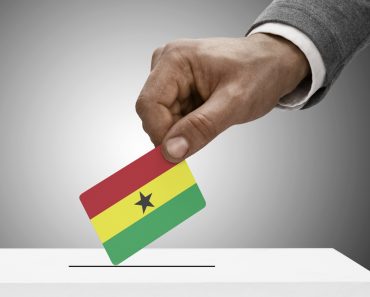